This excessive charge contravenes Law 16/2009 of 13 November on Payment Services and the EHA / 2899/2011 Order of 28 October on banking transparency and customer protection and regulation 924/2009 of the European Parliament and the European Council.

As OCU warned in our complaint to the Bank of Spain against CaixaBank for doing the same thing, the path taken by this bank leads us to suppose that other banks will act in the same way, charging users of their cash machines, which is against the law.  Once again, open season is announced in which the victims are the consumers. OCU has acted quickly by filing another complaint with the Bank of Spain against the BBVA, which, according to various sources, will start to apply the measure in the first week of September.

OCU believes that the current legislation allows that costs charged to users should be appropriate and in line with the costs really incurred by the payment service provider, in this case, the BBVA. The 2€ charge is clearly disproportionate and does not reflect actual costs. Likewise the legislation on transparency and customer protection requires that banking commissions may only be levied for expenses actually incurred.

In this sense the Claims Service of the Bank of Spain has ruled repeatedly and specifically about what it considers the reprehensible practice that institutions levy charges in breach of the limits laid down in legal provisions.

Therefore OCU has requested the immediate refund of the unduly incurred charges and the initiation of disciplinary proceedings against the BBVA, as it did against the behaviour of CaixaBank. In our complaint to the Bank of Spain, OCU has again asked the regulator to clarify the maximum limits for any fees that the banks may apply for cash withdrawal services, taking into account the actual services rendered and expenses incurred .

In our opinion, by charging this commission, the BBVA, is breaking the law. In addition OCU considers that the risk of contagion which we warned about is indeed spreading and there will probably be others copying these two banks, to the detriment of all consumers who see reduced very significantly the possibility of withdrawing cash without charge.

The BBVA is the Spanish bank with the second highest number of cash machines, with nearly 6,000 spread around the country, followed by Banco Santander and behind CaixaBank, which heads the ranking. The BBVA’s decision, added to the one already taken by CaixaBank, is clearly abusive and will affect millions of users, especially those living in small towns, which have very few cash machines (sometimes just one) available for people who need cash. 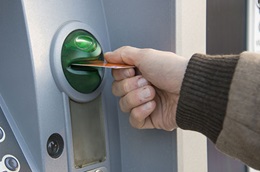 OCU has reported Caixabank to the Bank of Spain for the decision to charge, since 24 March, a fee of € 2 for withdrawing money from their cash machines using an ATM card not issued by Caixabank.