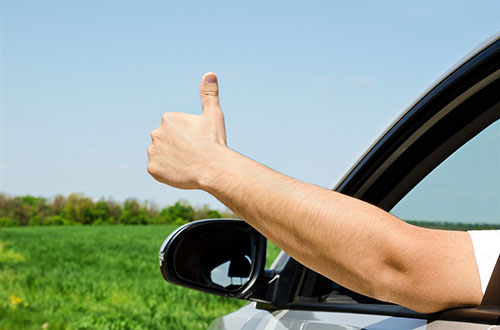 First the European Commission responded to the letter sent jointly by OCU and Which? on 19 June denouncing the existence of abusive practices by some rental companies. In her reply, the Director General of Justice, Ms. Michou, welcomes this joint initiative and supports the view that we maintain at OCU about the illegality of the practices denounced. At the same time, the Commission itself informs us that both European and national authorities have long been observing these practices and the Commission recognises the importance of actions like ours to complement the initiatives which, in the case of Spain, are being carried out by AECOSAN .

It is precisely to this body we sent the results of the survey we did through our website to see which are the most common abuses and which companies are responsible. The main findings of this survey which we got through the responses of 700 Internet users were as follows:
o The company mentioned the most is Goldcar Rental, with 23.5% of the total responses.
o Regarding the fuel policy, 73.5% said they had no choice when choosing between full-empty option or the full-full option.
o 30.4% said that the full-empty clause was applied to them, of whom 41% had no possibility to choose full-full, which we do not like because we believe the fairest clause and the one which should appear by default to be the full-full option.

In parallel, both OCU and Which? got in touch with companies such as Firefly, Goldcar and Interrent that maintained practices which from our point of view were unfair. And we didn’t have to wait long for the result: a few days later these companies responded by announcing changes in their fuel policy. But for us this is not enough.

It is true that they have improved transparency when announcing which are the clauses relating to fuel, so that consumers can know more easily what the final price of the rental will be. However we maintain that keeping the full-empty clause as the default option is not acceptable, nor that it should not be possible to set the final price of the fuel when the contract is entered into and that this be based on calculation tables or clauses hidden several clicks away from the page where the initial price appears.

In other cases we continue to see as there are companies like Centauro Rent a Car that hide the conditions which will be applied, to the point of keeping "hidden" provisions such as those indicating that the price of unused fuel will not be refunded
print

OCU, together with Which?, the British association for consumer protection, has launched a campaign denouncing a practice carried out by certain car rental companies which is against the law .

The Spanish Agency for Consumer Affairs, Food Safety and Nutrition (AECOSAN) undertook, at the meeting held today between OCU and its director, to do everything possible to end abuses by car rental companies.

Campaign against the abusive practices of some car rental companies

OCU has sent a letter to the president of the Spanish Agency for Consumer Affairs, Food Safety and Nutrition (AECOSAN), Doña Pilar Farjas, insisting that by exercising its powers and in coordination with the Autonomous Communities, they end the lack of transparency of certain car rental companies in their fuel policies.

Have you ever rented a car online and then, on going to pick it up, encountered any unpleasant surprises? OCU is launching a campaign to end these abuses