TTIP: Free Trade Agreement yes, but not at any price

OCU condemns the lack of transparency in the negotiations over the future free trade agreement between the USA and the European Union, at the same time demanding that minimum standards of consumer protection are maintained. 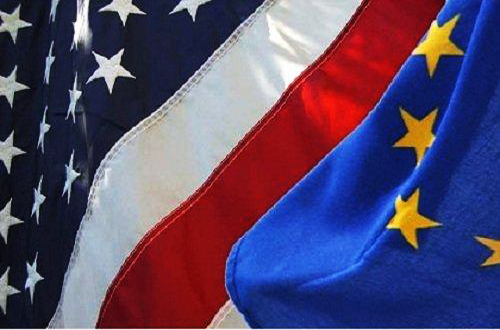 The Transatlantic Trade and Investment Partnership (TTIP) is a trade agreement being negotiated between the European Union and the United States. The official goal of TTIP is to promote transatlantic trade and investment, to promote growth and create jobs on both sides of the Atlantic.
The negotiation of this treaty is highly secretive and non-transparent because the texts being negotiated are not accessible to the public. The European Parliament has only limited access to the negotiators and documents relating to the negotiation. Only certain parliamentarians have access to specific information and only under terms of strict confidentiality. So Parliament will have to vote on a text without having been directly involved in any discussion concerning this text.

What are the potential risks of TTIP for consumers?

• Access to the European market by foods that have not been produced in accordance with European safety standards. The concept of food security in the United States is based on "reasonable certainty of no harm" and not the "precautionary principle" as in the European Union.

• Standards of data protection are undermined. In the European Union, the rights to privacy and protection of personal data are fundamental – they are wide ranging and are linked to heavy penalties. In the USA, privacy is simply a matter of consumer protection in very limited number of areas such as children and the Internet, health and financial services.

• Chemicals banned in the European Union but used in products and cosmetics in the United States could find their way onto European shelves.

• The introduction of an arbitration system, the Investor-State Dispute Settlement or ISDS which allows foreign investors to sue a government before an arbitration tribunal, not in court, demanding financial compensation when they consider that their investments and benefits are being hampered by a political decision at national, regional or local level. This means that taxpayers would have to pay such compensation as well as creating significant burdens on state budgets. It is a great deterrent, especially for smaller countries, when adopting rules on health, consumer protection and the environment for fear of being sued by companies.

The position of Spain

Last week, the newly elected President of the European Commission said in the European Parliament that "the settlement mechanism for investor-state disputes" (ISDS), one of the most controversial points of the future Transatlantic Agreement for Trade and Investment (TTIP ) will not see the light of day. Junker seemed to have listened to the many criticisms of this mechanism, including those made by such a widely respected source as The Economist on 11 October, which said it is preposterous to enable foreign investors to sue a state, when a law passed by the government or parliament could mean a reduction in income, not before a judicial body, but before an arbitration tribunal whose members do not offer the necessary guarantees of impartiality.

The joy did not last long. That same day a letter was filtered signed by 14 member states urging the commission to ensure the presence of the dispute settlement mechanism in the text of the treaty which would be finally approved. Among the signatory states are Sweden, UK, Portugal and Spain.
There are many examples which let us see the error that would be made by including this mechanism in the agreement with the United States. Just to cite a couple of them: in Egypt Veolia sued the state before the International Centre for Settlement of Investment Disputes (ICSID), an agency of the World Bank, over raising the minimum wage by 31 €, claiming that this government decision affecting the economic balance of the garbage collection contract that the company had in the city of Alexandria. Similarly, Philip Morris has sued Uruguay, Australia and Norway on the measures taken to protect its citizens, especially children and women against risks arising from smoking.

OCU, like their European and transatlantic partners BEUC and TACD, understand that both the government of Spain and the European institutions have a duty to their citizens before any to international investors. Therefore OCU believes that the Secretary of State for Trade, Jaime García Legaz, should withdraw his signature from the letter to Commissioner Malmström for the benefit of consumers and the very health of the democratic institutions in our country. There is no doubt that although a free trade agreement with the United States could be beneficial for European countries, this cannot be signed at any price. Besides, no-one has demonstrated what would be the supposed benefits of the deal for consumers, beyond a vague array of controversial macroeconomic data.

At OCU we must demand maximum transparency in negotiations, especially when it comes to agreements with a direct impact on the rights of consumers. It was in this sense we spoke with the UP&D MEP Beatriz Becerra in the meeting we had yesterday to address an issue that we consider of utmost importance for all consumers. This meeting was the first of a series of meetings OCU is launching with political groups and key figures and which will become reality in the event we are organising for next February.