Every 31st of May, the World Health Organisation (WHO) promotes “World No Tobacco Day”, a yearly celebration which reminds us that we still have much progress to make in the fight against tobacco and also to encourage healthy habits. For this year, the WHO is calling for all countries to promote plain or generic packaging for tobacco products 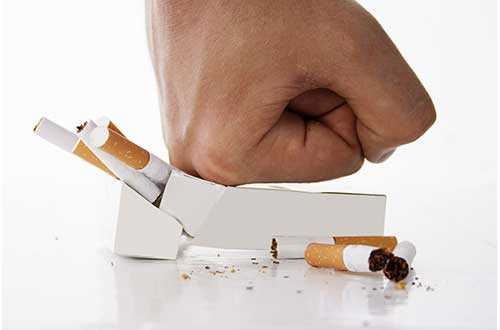 OCU has positioned itself in favour of plain packaging many times because studies have already shown that this measure has a direct influence on decreased consumption. By prohibiting the use of logos, colours, brand images or promotional information on the packaging, the packs of cigarettes stop being a means of advertising and promoting tobacco brands while, at the same time, increasing the effectiveness of health warnings which must be included. With plain packaging, both the brand and product names are presented in a standardised format.

Australia was the first country to implement this in December of 2012. Since then, various other countries have approved similar laws such as France, Ireland and the United Kingdom in Europe. These countries have already transposed the "Tobacco" directive to their national legislations. Spain has already agreed to the WHO Framework Convention on Tobacco Control which includes the promotion of plain packaging as well as the need for regular campaigns in mass media warning about the health risks of tobacco. However, Spain has unfortunately not fulfilled its obligation to transpose the European Directive regarding Tobacco yet.

Plain packaging is not the only measure OCU is demanding with regards to tobacco. In a survey published in August of 2015, OCU exposed the flagrant non-compliance with the current Law 42/2010 regarding smoke-free public spaces. More specifically, many businesses in the hospitality sector are using tricks to get around this regulation such as the installation of closed terraces in which smoking is permitted. The law expressly prohibits smoking inside any type of space that is covered with a roof and, at the same time, enclosed by two or more walls regardless of if they are permanent or made of canvas.

According to OCU data, 87% of the terraces visited were found to be in violation of the law. OCU demands the Ministry of Health, the Equality and Social Services and the health authorities in the Autonomous Communities to take decided and definitive action to put an end to these illegal practices.

OCU also demands that Spain does the work it needs to and proceeds to take action on those aspects it has not yet completed, such as the transposition of the European Tobacco Products Directive which has been in force since May of 2014 and applicable since the 20th of May, 2016.

The Directive prohibits cigarettes and RYO tobacco with characteristic flavours and standardises the size and content of the health warnings on packs of tobacco, forcing them to include informative images about the harmful effects of tobacco and cover 65% of both the front and back and 50% of the sides of the packs. While OCU feels that these measures are indeed an step in the right direction, they are clearly not enough.

This Directive also prohibits slim cigarette packs, packs of 10 cigarettes and any other type of promotional element or unique feature. They will no longer be able to make reference to positive effects smoking has on lifestyle, taste or flavour, or special offers. They will also not be allowed to make any claim suggesting that a specific product is less harmful, has improved its biodegradability or any other benefits for the environment.

OCU is requesting that Spanish health authorities promote and adopt clear and decisive measures in the fight against tobacco. While it is true that increased awareness of the harmful effects of tobacco and improvements to regulations passed in previous legislation are, little by little, decreasing the number of active smokers, unfortunately, tobacco is still the cause of thousands of deaths each year in Spain.

Recently, figures from 2012 were published showing that Spain reached an unfortunate historic record: more than 60,000 deaths related to tobacco. It is important to remember that tobacco-related deaths occur many years after an individual begins smoking.