OCU has published the results of its annual supermarket study. The main conclusion reached after the detailed analysis of nearly 163,000 prices is that consumers can save an average of 933€ on their shopping cart. OCU carries out this study in order to determine the prices of the different supermarkets with the goal of providing consumers with information that allows them to compare prices between supermarkets and save on their grocery shopping. The results of this study are being published in the October’s OCU-Compra Maestra magazine.

OCU visited 1,193 establishments located in 63 cities and on the Internet. 162,928 prices of 231 different fresh and packaged foods as well as personal hygiene and drugstore products from 17 different categories were recorded.

This year, there was an important change with regards to the methodology used in the study. Previously, “average” and “economic” shopping carts were used. This year, they have been substituted for a single “shopping cart” which records the general price level in each establishment and, via the creation of an index, allows for the direct comparison among the various supermarkets. With this modification, OCU’s supermarket study adapts to consumer habits and the establishments’ commercial offer.

This “shopping cart” is comprised of 231 products, including fresh foods (meat, fish fruits and vegetables), packaged foods and personal hygiene and drugstore products from both name brands and store brands. Each of the products is given a specific weight in the shopping cart according to the family budget study carried out by the INE (the Spanish National Statistics Institute). With this shopping cart, consumers can compare the prices of the individual products from all of the various establishments specifically.

The results from this supermarket study show that they cheapest establishment is the ALCAMPO hypermarket in Vigo. This chain dominates the top spots of Spain’s cheapest establishments with their hypermarkets in Murcia, Seville, Oviedo and Madrid. They are followed by Dani supermarkets in Jaen and SUPECO in Alcala de Henares. Once again, the most expensive supermarkets are SÁNCHEZ ROMERO in Madrid and are followed by the online store ULABOX, SUPERMERCADOS VILLA DE MADRID and SORLI DISCOU in Madrid and Barcelona respectively.

In addition to a establishment-by-establishment comparison, OCU’s supermarket study also allows for a comparison of the chains themselves. In this way, consumers from cities that have not been visited during OCU's study can have a general idea regarding the level of prices they can find in nearby establishments. According to the study, DANI is that cheapest chain followed by ALCAMPO, DEZA, CASH FRESH and FAMILIA. SÁNCHEZ ROMERO, ULABOX and SUPERMERCADOS VILLA DE MADRID are the most expensive.

The price differences between establishments allows consumers to save an average of 933€ a year in 2016. This has increased by 13.4% with regards to the previous year due to the increase in the price differences between supermarkets. OCU points out that this savings is equal to one fifth of the total yearly expenditure of an average home, highlighting the importance choosing an establishment with low prices instead of others with higher prices has on a family’s economy.

Madrid, at 2,999€ a year, continues to be the city where the largest savings is possible. Alcobendas-San Sebastian de los Reyes comes in second with a possible savings of 2,750€. These are followed by the Internet, which, for the purposes of this study, is considered as another city, where consumers can save 1,827€, Barcelona with a savings of 1,632€ and Gerona with 1,595€. Zamora is found at the other extreme where consumers can only save 276€ due to the limited offer. It is followed by Ciudad Real with a savings of 287€ and Segovia with 409€.

Finally, the following conclusions can be made from OCU’s study: 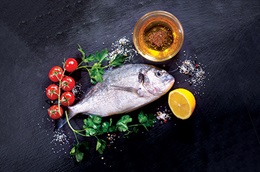