OCU launches its NOTIRESLACOMIDA.ORG website to fight against food waste and save money 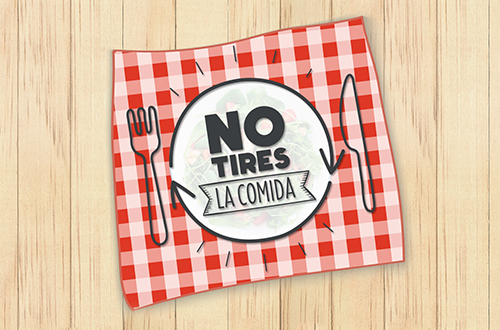 OCU has launched its www.notireslacomida.org website in order to increase consumers' awareness of the key role they play in the fight against food waste. With this website, the organisation is continuing its campaign against food waste in Spain it began last March. OCU is asking for consumer support in their attempt to demand a new Spanish Law which would provide incentives for donating food instead of throwing it away, like those already implemented in other neighbouring countries such as France or Italy.

Via this new website, OCU hopes to help families reduce their own food waste. It is precisely within these homes where the most food waste is generated: 42% according to figures provided by MAGRAMA (the Spanish Ministry of Agriculture, Food and Environment). The food industry is next with 39% and is followed by restaurants (14%) and the distribution chain (5%).

8 out of every 10 homes throw food away on a regular basis. Spanish homes throw out a total of 25.5 million kilos every week. According information from MAGRAMA’s home panel, 85% of food thrown away is in the “exact same state it was in when purchased”. Besides the clear social and environmental problems this practice creates, it also generates economic problems for both individual homes and the society as a whole. OCU estimates that an average family could save up to 141€ a year by reducing the amount of food waste produced without having to make significant effort.

According to OCU, 70% of consumers admit that the main reason they throw food out is due to poor planning. For this reason, the use of shopping lists to appropriately plan food purchases is fundamental. Other key measures include not letting ourselves get carried away by sales on products we do not need as well as trying to take full advantage of the products we have already purchased in addition to being creative with the use of leftovers from previously prepared meals.

In order to help make this change in habits easier, OCU is making useful information and advice on how to reduce the amount of food thrown away on a day-to-day basis available to consumers on its www.notireslacomida.org website.

With this initiative, OCU is trying to do its part in order to help in the fight against this complex global problem, affected by a multitude of different variables. Along these lines, OCU continues to ask for consumer participation in order to convince the competent authorities to enact specific legislation which regulates and establishes measures to stop food waste. Such legislation would need to include the following elements that: 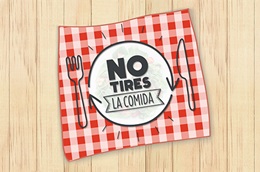