Google Tax: a mistake that will cost time and money

16 oct. 2014
Included in the new Intellectual Property Act, the new tax that publishers want to charge news aggregators clearly conflicts with the right to information.
OK 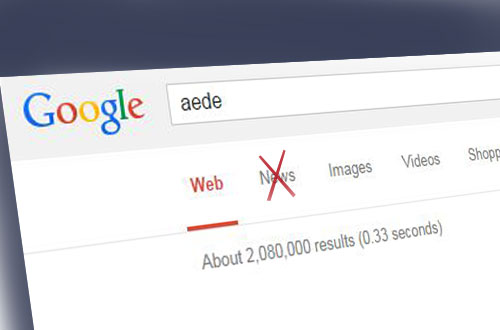 The Senate yesterday approved a bill to amend the Intellectual Property Act, a text which includes the so-called Google Tax or AEDE canon, from the initials of the association that has pushed for this law (Association of Spanish Newspaper Publishers). The purpose of this tax is to make Google or other aggregators like Menéame, and even sites like Facebook or Twitter, pay publishers for linking to their content, content that happens to be offered free on their websites.

The reaction has been swift and Google has made it known that they are thinking very seriously about closing its Google News service, which would make us the only democratic country in the world where Google has closed down this service.

It may well be that Google's criticisms are in their own interests, but they are not alone. The National Commission for Market Competition has also criticised the canon which, so they understand, hinders those who wish to enter the content aggregator market, as well as reminding people that publishers already have the technical possibility to prevent their content from being added if they wanted to. Besides the regulatory body has shown their doubts about the fact that Cedro, the association that manages the copyright and intellectual property of authors and publishers, would be in charge of collecting the fees.

For OCU, it is the wrong measure, not only because it will affect the media themselves who would see their advertising revenue fall by reducing the traffic redirected from aggregators, but also because it is bad for the consumer, whose right to information, which is included in the constitution, would be affected and who would be unreasonably forced to spend more time seeking this content, something that would have an annual cost in excess of 1,130 million euros according to estimates made by the company Analistas Financieros Internacionales.